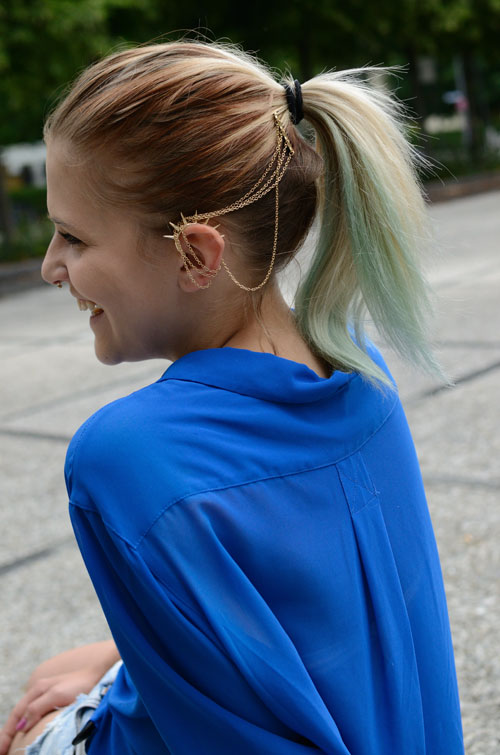 A little story: While waiting for Claire next to the ‘English Garden’ I saw a
duck with her 6 tiny little ducklings crossing the street. She had obviously
hatched her offspring in a nearby garden and was heading towards the park
now. I stopped the traffic so the family could cross the street, I kept her from
taking the wrong direction and led her towards the water. In the end she jumped
from a high spur into the river , two ducklings following her, 4 were left behind.
Mother duck and her two babies vanished immediately carried along by the
strong river current. I was alarmed, my motherly instincs kicked in and a little
group of elderly women gathered instantly around me to discuss if to call an
animal rescue team or what else to do. In the meantime the left behind ducklings
had fled into the woods towards the river, our group following hastily. ‘Don’t
touch them, their mum will not accept them anymore!’ – ‘That’s a myth, you
CAN touch them, ducks can’t smell!’ Those were the discussions while we were
following the terrified orphaned ducklings, who did reach the river in the end and
jumped in without hesitation. We were all shocked as they obviously didn’t know
what they were doing, we weren’t even sure if they could swim. Off they drifted
welcomed by their mum who had waited all the while under the branches of a
weeping willow. The moral of that story? Without me interfering the little duck
family probably would have reached that weeping willow less stressed and half an
hour earlier. Never underestimate natural instincts.
Oh, and by the way, I LOVE Claire’s earpiece.

Claire wears shorts by H+M, a shirt by Weekday, creepers from London and her
earpiece is by Asos. 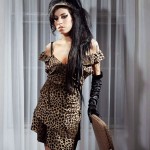 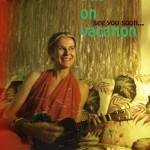