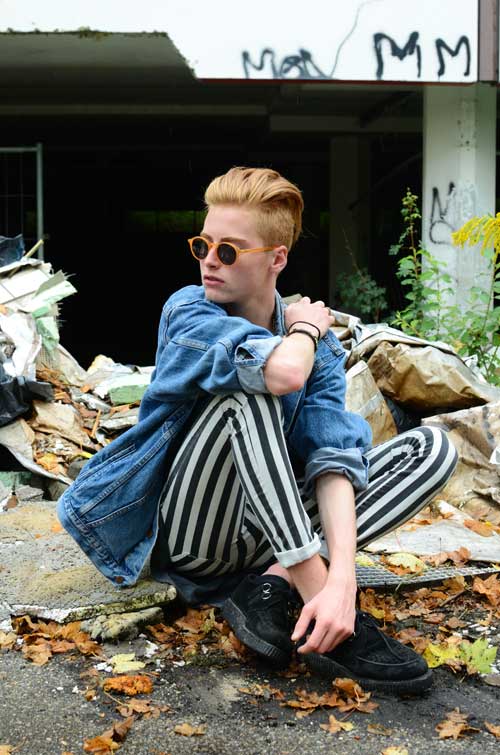 Stripes are immensily popular and an easy choice for all levels of fashion awareness. You basically can’t go wrong with stripes. Horizontal stripes, make no mistake. When it comes to vertical stripes it’s a whole different matter. They are seen on pinstripe suits and pyjama pants as a subtle acknowledgement of masculinity and respectability, but the wider the stripe gets the more unsophisticated the garment looks. Circus, Mafia, Carneval springs to mind. The bold wide stripe in contrasting colours looks charming on awning cloth at the french riviera… or on big Gaulish warriors. All other pieces of garment with this kind of stripe definitely require a wearer with a strong attitude. The 80s were the only recent decade pretentious enough to celebrate the vertical stripe in all its glory. The broader the shoulders and the stripe – the better. No fear of a grand entrance. Skintight legging-ish black and white pants though were of different nature. They belonged to a special kind of gang. Punks, rock singers, rebellious youngsters that wanted to break free from candy colours and big hair. It takes courage to wear pants like that, you won’t be overlooked. But you couldn’t overlook a guy like Tim anyway.

Tim wears pants by Maison Scotch, denim jacket by Levi’s, a T-shirt by H+M, shoes by London Underground and sunglasses by Paul Frank.

SEE ALL PREVIOUS POSTS ABOUT TIM AND HIS STYLE….. 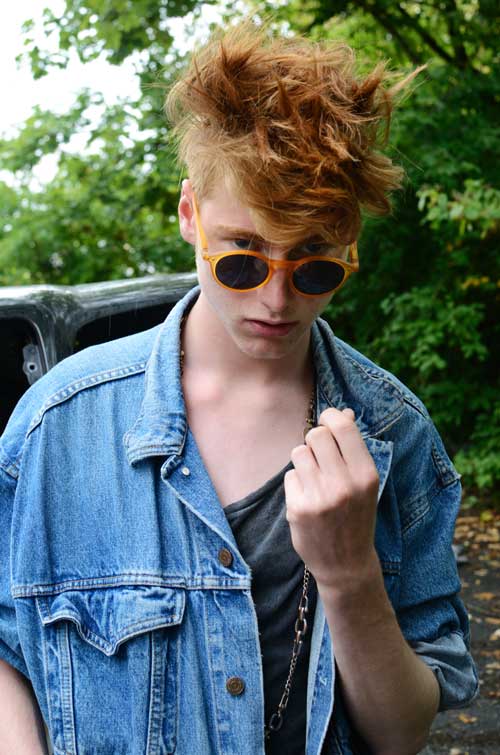 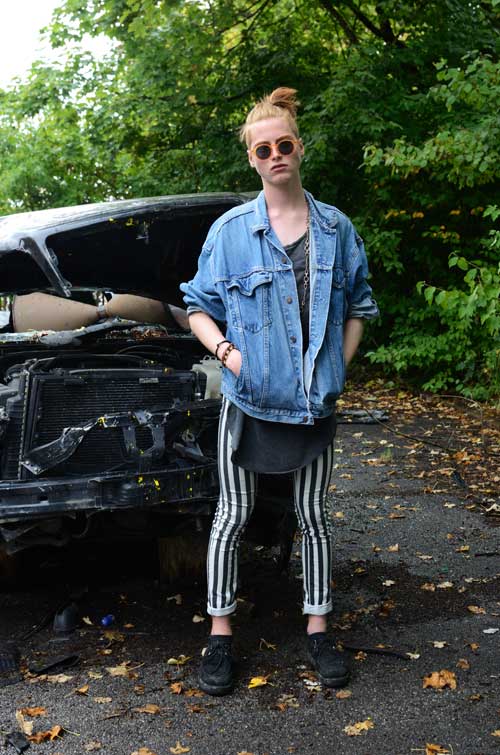 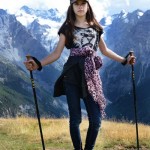