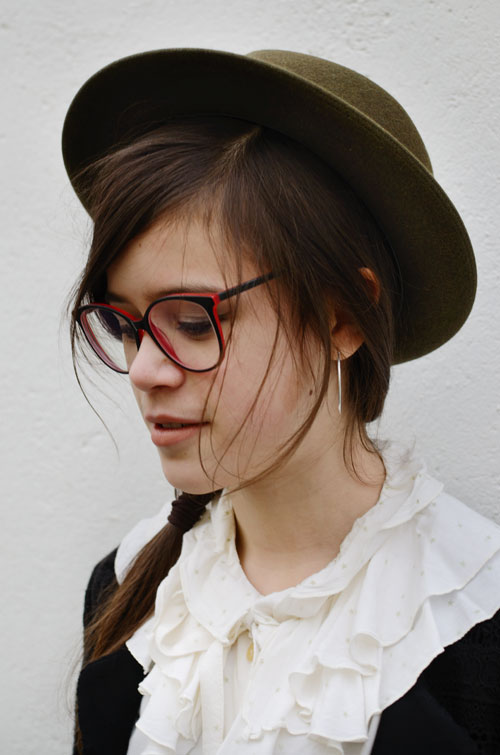 ‘New Romaticism’ was a music/fashion movement in the beginning of the 80s in London. Adam Ant, Duran Duran, Spandau Ballet, to name just a few, were its flamboyant ambassadors. It all started in a club in London, the Blitz, that was basically founded to worship David Bowie and his dazzling style. The door was strict and there was just one rule – eccentricity wins (Mick Jagger was infamously turned away as for his outfit being ‘too rock’n roll’). Lots of make-up, cross-gender dressing, tons of hairspray and oceans of ruffles were marks of distinction among this specific style circle that influenced fashion above and beyond it’s short-lived existence. It marked a shift away from an obstreperous post-punk and new-wave movement to the luxurious self-display and dandyism of the likes of Bryan Ferry or Boy George (who b.t.w.had started his career in the cloakroom of the Blitz). In a Great Britain of recession and unemployment the ‘Blitz Kids’ had their way to give a harsh reality the finger and drifted off into their own universe of fantasy and romance. Maybe that’s a smarter way to deal with turbulent and unsettling times than to get lost in fear and anxiety. Maybe we should all wear more ruffles. Especially in Britain.

Olivia wears a vintage blouse, hat and belt from her mum, pants by Tally Weill, jacket by H+M, glasses by Krass and shoes by Dune.

SEE ALL PREVIOUS POSTS BY OLIVIA AND HER SISTER ELENI…. 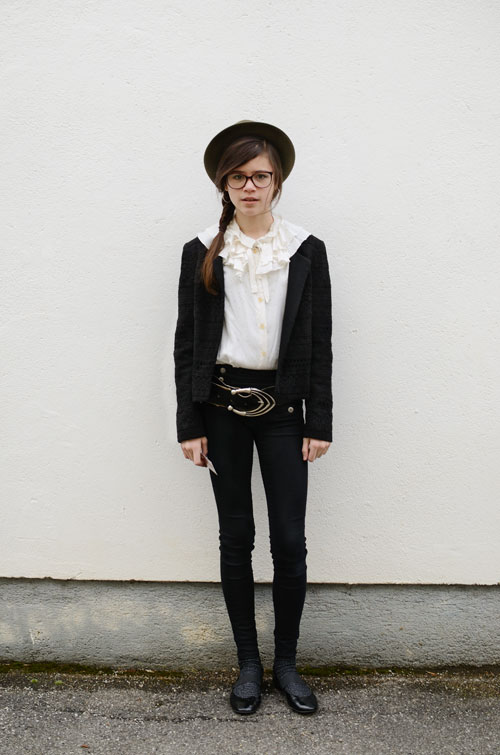 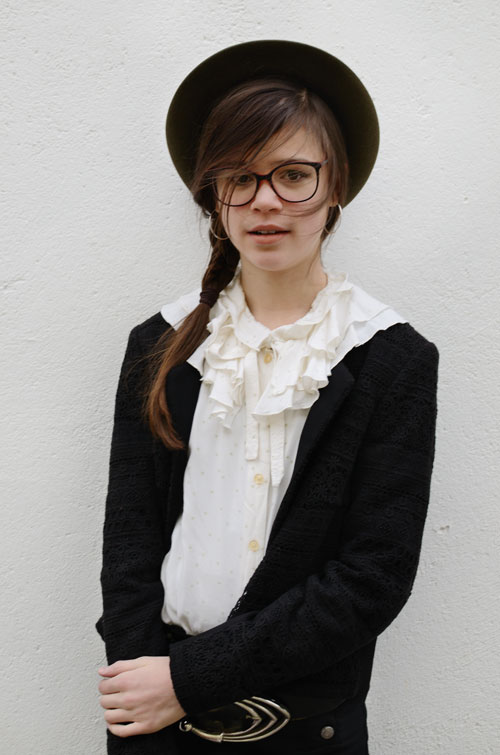 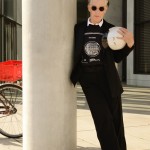 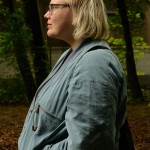