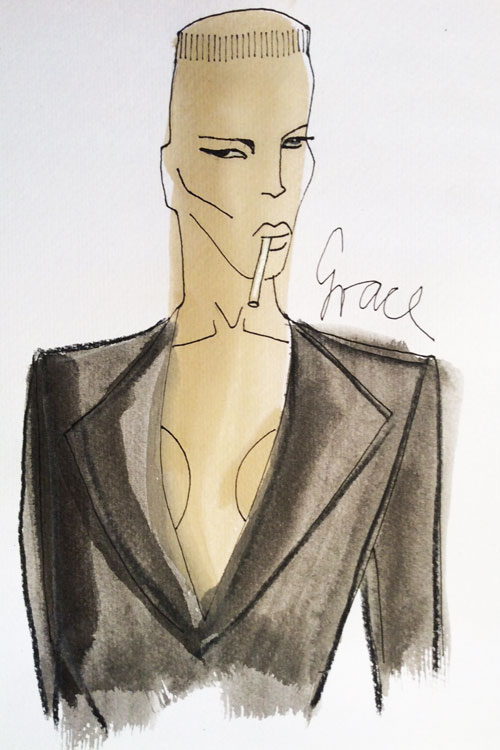 What I most like about Grace Jones is that she never tried to please. Not with her music and even less with her style. In an aera of bad perms, ruffles and candy colours she was a female terminator, a sculpture of of shiny ebony, full of confidence and a ‘who the fuck cares what anyone thinks’ attitude. Of course did she care. She created her image carefully and made sure to maintain it throughout the decades. But, let’s face it, you cannot create a personality like Grace Jones’ if you don’t have it in you. It took an eccentric and androgynous taste in fashion, a few talented photographers (like Helmut Newton and Jean-Paul Goude), a flawless body (combined with a lack of prudity) and an edgy haircut to create the goddess and style icon that she became. Hanging out at Studio 54 with Bianca and Andy surely helped a little, too. She was an inspiration to fashion designers, stylists, artists and musicians and still is. And she still scares people. I just heard that she was banned from the ‘Jonathan Ross Show’. She was supposed to appear alongside British boyband ‘One Direction’ on the show but the band was so afraid that they might seem tame and lame alongside 67-year old Grace that they demanded her to be removed from the show……an old Grace Jones quote just crosses my mind:
‘My image is supposed to frighten men – so only the good ones come through.” – Sorry, boys, you didn’t make it. 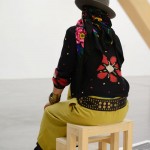 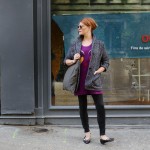