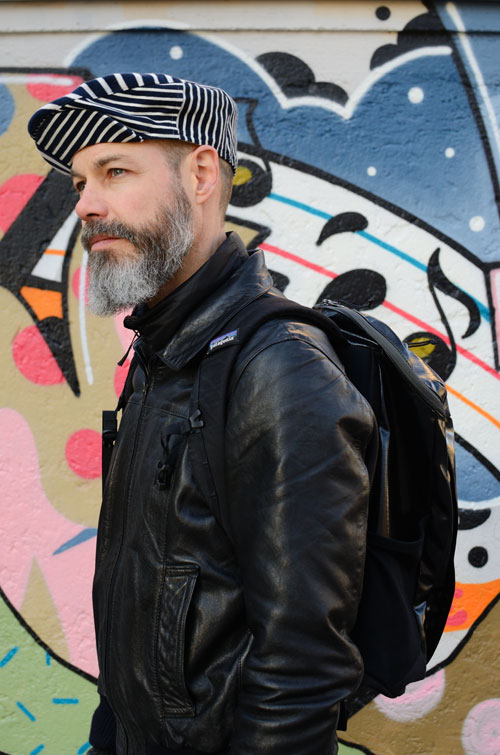 If you are male you have fashion restrictions. At least if you want to blend in. No skirts, no high heels, no lipstick. To name just a few things a man is not expected to wear in public if he doesn’t want to be stared at. The level of tolerated ‘flamboyance’ variies from country to country though. An Italian or Spanish man can get away with a whole different colour – and pattern range without having to fear a loss of masculinity than, let’s say, a German. I am German, so I know what I am talking about. And I do not want to open the ‘Is pink OK for a heterosexual man?’ discussion again, but let me just state that I got a ton of fairly aggressive comments when I was once interviewed and said that a man wearing pink can actually be quite sexy. I still cannot get over that obvious lack of German self confidence. Years ago I had an Italian boyfriend and he once came to pick me up wearing a denim biker jacket with such a bright and colourful pattern (I think it was parrots and palmtrees or some other tropical theme) that I was almost blinded when I opened the door. A denim biker jacket by itself is sort of a challenge already, but a PRINTED one……I admit I had to get used to it. To him it didn’t occur for a second that this jacket could be a threat to his manhood. That’s pretty cool and almost sexy, I think. Despite the pattern. I wish my male German fellows would devolop just an ounce of this fashion confidence. It doesn’t have to be the parrot print. Start with a striped balloon hat and take one step at a time.

Gunnar wears a hat by Comme des Garçons, a second hand leather jacket over a jacket by Uniqlo, pants by Acne, sneakers by Adidas, gloves by Hestra GLOVES and a backpack by Patagonia.

ALL PREVIOUS POSTS ABOUT GUNNAR…. 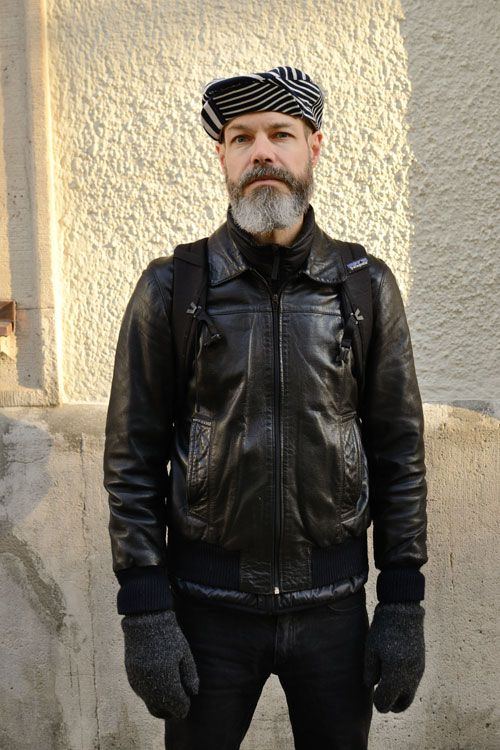 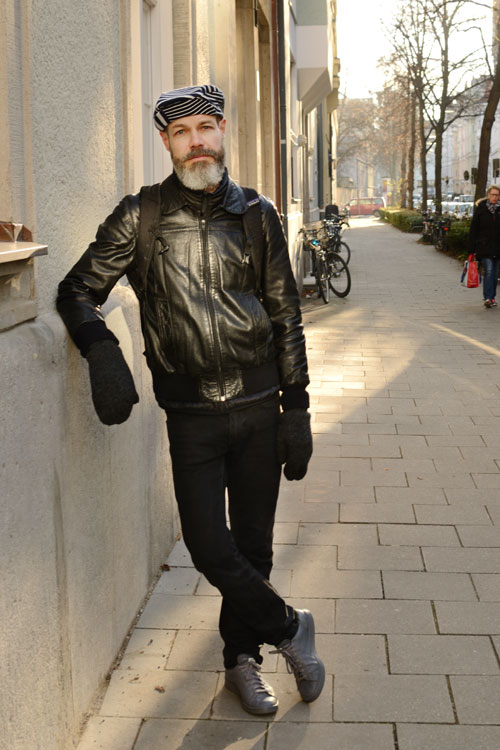