Again we have a man wearing a backpack on this blog. Gunnar was first, now Joel. Munich and London. I guess we can start calling it a ‘European trend in menswear’! It takes more than two to ascertain a trend? Don’t be so fussy. If those two have an ocean between them, they have never met and both of them are blessed with an exceptional sense of style – the backpack can’t be a coincidence.
Indeed, along with the return of the 90s the backpack has entered the fashion stage again. But this time around for a different purpose. Whereas in the 90s the backpack was a symbol of ‘urban djungle-ism’, quite often with just one strap worn cross your body to ensure a sort of Manga-ish look, this time around it’s a less aggressive, more natural version. Mostly in leather or canvas the backpack nowadays is still to be found in the big cities, but it’s not used as part of an armour anymore, but as a feature for a certain kind of eco-conscious, nature-loving and laid back urbanite who likes to ride a bike instead of a car who enjoys the amenities of the city as well as being outdoors in nature and knows very well that one doesn’t go without the other. Maybe it’s also the yearning for a simpler life that makes us like to wear waxed jackets, corduroy and backpacks and dream of that beautiful cottage in the countryside where we can grow our own food.

Joel wears a Barbour jacket, corduroy pants by Old Town, shoes from a fleamarket and a leather backpack that he inherited.

ALL PREVIOUS POSTS ABOUT JOEL AND THE AGA-TOMLINS… 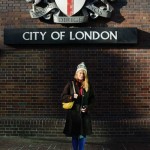 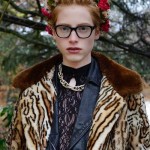